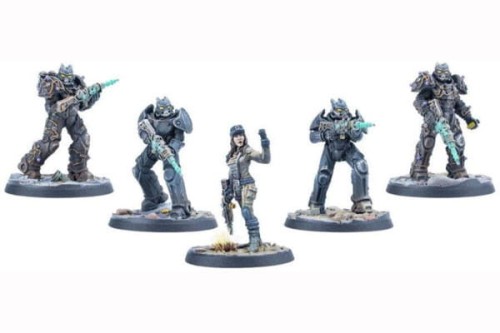 The Enclave are the last vestiges of the pre-war system of government in the United States of America. Formed as part of the continuity of government system, the Enclave was formed of high-ranking government officials as well as wealthy industrialists and leading scientific minds. They were to be protected and sheltered from the great war by bunkers and isolated locations, thus preserving the top echelons of the country to rebuild. With these forces at their disposal, the Enclave is understandably confident of swift and total victory in the wasteland.